This EV3 animatronic head is designed using the LEGO MINDSTORMS EV3 Education core set 45544. Its name is FrAnK (Freaking Animatronic Knucklehead), because it resembles the creepy rabbit mask from Donnie Darko movie. The video below was made just in time for Christmas 2013. My brother Alessandro, helped me in animating one of the puppets off screen and shooting the video. He recorded and mastered the audio of the video in his recording studio.

In this robot head, the medium motor drives the fast jaw up/down movement, a large motor moves the eyebrows and the other large motor drives the ears. Combining various positions of the eyebrows and the ears, the robot can express various feelings: anger, surprise, happiness, indifference, sadness. You can program Frank to remote control its movements, to greet or scare people. Frank is ideal to make Halloween robotic pranks! I also adapted the design to built it using the LEGO MINDSTORMS EV3 retail set 31313. Click the button below to get the building instructions. 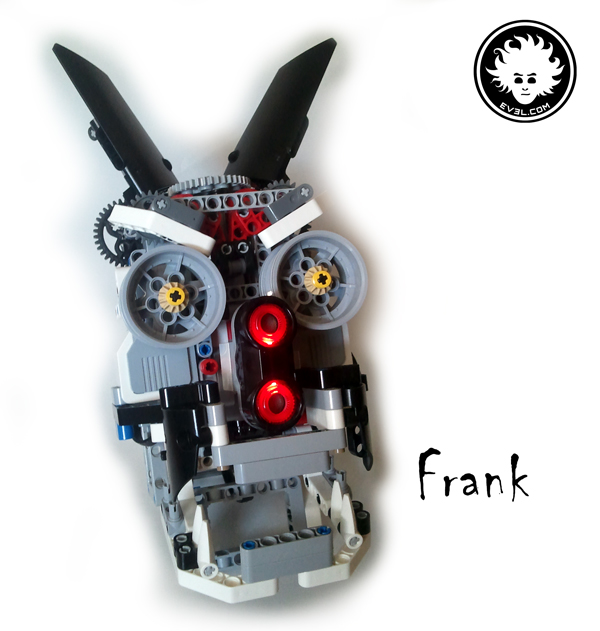