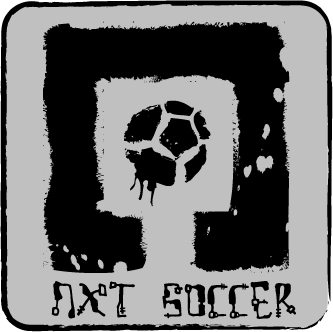 During 2010, Mario Ferrari and I joined the efforts to make a fully autonomous soccer game system using MINDSTORMS NXT. Here’s some picture from the making of the Serious NXT Soccer Game, from March to September 2010. 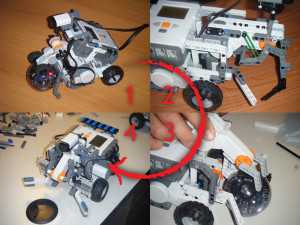 The soccer player robot is the result of many hours spent making prototypes, different ball catching mechanisms, and feelers. We used a MINDSTORMS NXT set 2.0 per robot, adding some third party sensors, and some old RCX touch sensors.

Mario Ferrari built the whole field out of wood and aluminum, following the dimensional directions of ROBOCUP JR rules. He improved the field overall look in many ways. 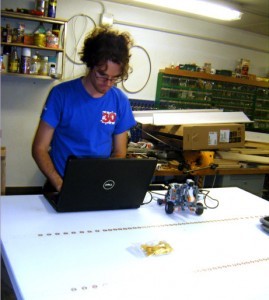 I took care of the whole NXC programming of the robots and the field. Most of the low level software was made “at the desk”, while the final programming of players behavior and strategies had to be done “on the field”, in Mario’s workshop.

And finally, here’s a very satisfied Mario looking at the completed field. He designed the ball elevator, while we made the scoreboards together. 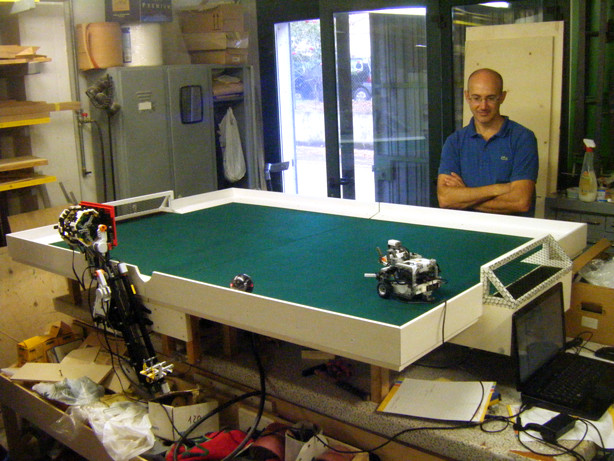