I am LEGO CHAPPiE!

“I am consciousness! I am LEGO CHAPPiE!”

Chappie is the robot star of the namesake 2015 movie. In the near future, crime is patrolled by an oppressive robotic police force. When one police robot, Chappie, is stolen and given new programming, he becomes the first robot with the ability to think and feel for himself.

This LEGO MINDSTORMS EV3 project allows you to build an animatronic version of CHAPPiE’s head. CHAPPiE can talk while its mouth leds blink, and thanks to its moving eyebrows, jaw and ears, it can express feelings. You can program CHAPPiE to remote control its movements, to greet people passing by, and much more! 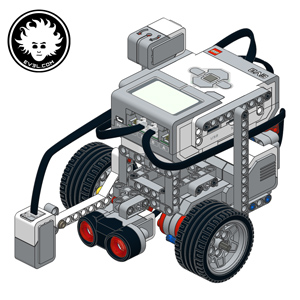 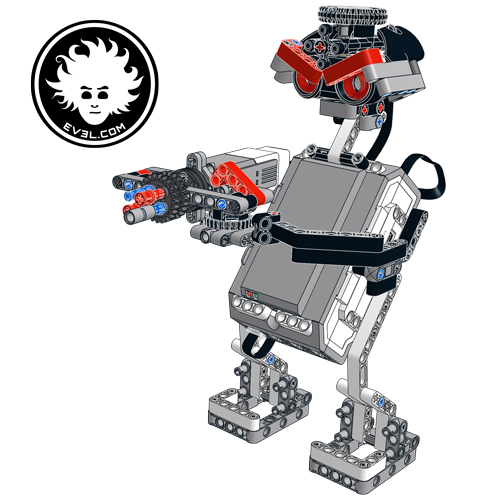