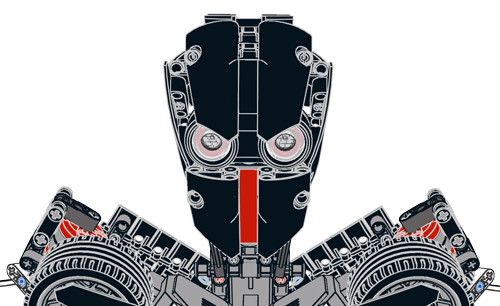 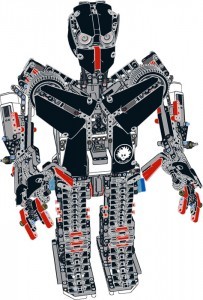 Here’s a little preview of the Jaeger, a large multipurpose LEGO MINDSTORMS EV3 humanoid robot platform. It is built using two LEGO MINDSTORMS Education EV3 Core sets 45544 and one expansion set 45560. The two EV3 bricks are daisy-chained, so you write programs that run on the master brick, that uses the slave brick’s motors and sensors as if they were attached to itself. What can it do? For now, it just walks; the arms and forearms can move,  and the hands open and close thanks to an underactuated mechanism, being driven by the forearm motors. Jaeger means “hunter” in German, and it is inspired by the huge mecha robots in the movie Pacific Rim. There’s a new EV3L robot in the class! Now, ask yourself again which is your favorite EV3 set. 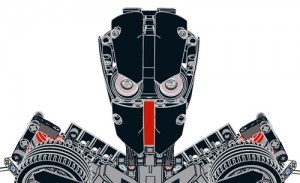 Click below to see the video and get the building instructions!