The Education version of The LEGO MINDSTORMS EV3 Laboratory 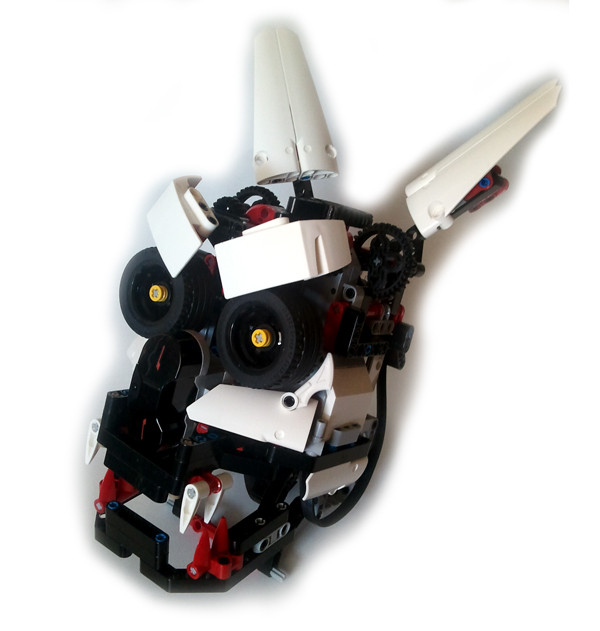 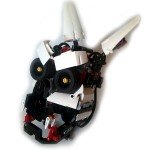 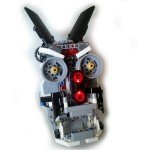 December 2013: After having designed this creepy animatronic head using the LEGO MINDSTORMS Education EV3 core set 45544, I adapted it to be built also with the retail set 31313. I named it FrAnK (Freaking Animatronic Knucklehead), because it resembles the creepy rabbit mask from Donnie Darko movie.

In each version, the medium motor drives the fast jaw up/down movement, a large motor moves the eyebrows and the other large motor drives the ears. Combining various positions of the eyebrows and the ears, the robot can express various feelings: anger, surprise, happiness, indifference, sadness. The retail version (on the left in the photo) looks evil (or EV3L, as always), and the Edu version looks nice and kind, and reminds me Rudolph the red-nosed reindeer.

I came up with the following video right in time for Christmas. My brother Alessandro, helped me in animating one of the puppets off screen and shooting the video. He recorded and mastered the audio of the video in his recording studio.

Danny’s Lab and Side-B Studio wish you a Merry Christmas 2013!