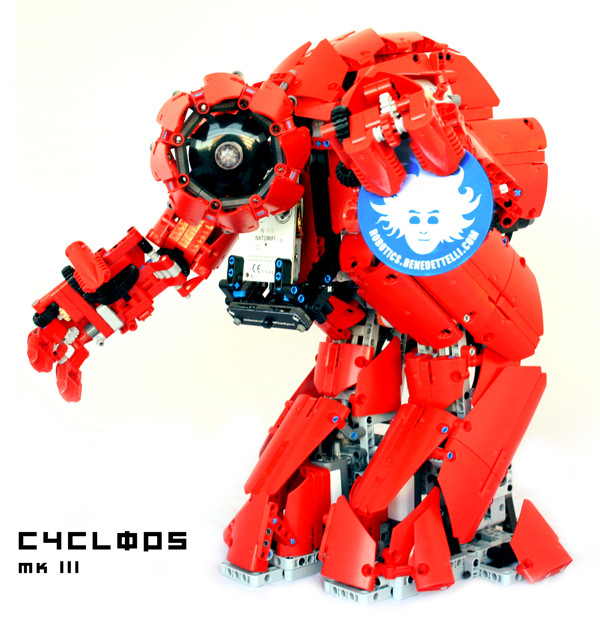 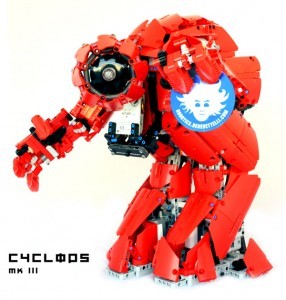 Cyclops mark 3 is a complete redesign of my previous LEGO mecha. I developed a new two-motor walking core that I am reusing in my latest large-scale walking robots, including The Jaeger, a dual-EV3 mecha built with 2 EV3 Edu Core sets 45544 and an EV3 Edu Expansion set 45560. Cyclops mark 3 is powered by two NXTs, and has six motors (four of which drive the arms).

A WiFi-controlled, version of Cyclops was shown at the MAKER FAIRE, in Rome, October 2013. It uses the NXT2WIFI device to exchange data with smartphones and iOS devices. Stay tuned for updates!